(1869--1943), poet, teacher and business man, was born on January 28, 1869 in Toa Baja. He was mayor of Bayamón for a few years. His poetry represents the traditional in Puerto Rican literature. In 1903, he published his first book of poems, "Patria", a collection of lyrical portraits of the island's landspace, love and Puerto Rican personalities like José de Diego, Federico Degetau and Lola Rodríguez de Tió. He also published: "Viviendo y Amado" (1912), "Aromas del Terruño" (1916), "Pueblito de Antes" (1917), and "Un Libro Para Mis Nietos" (A Book for my Grandchildren; 1928).

Among his best-known poems are "Nostalgia"

, "Elegía de Reyes" and "No Des Tu Tierra al Extraño." He died on August 22, 1943 in Bayamón and buried in the Porta Coeli Cemetary.

(1862--1914), lawyer, politician, writer, and Puerto Rico's first Resident Commissioner of to the United States House of Representatives from 1900 to 1904, was born on December 5, 1862 in Ponce. He received is early education in Ponce, and continued studies in Barcelona, Spain, where he graduated from the law department of the Central Univeristy of Madrid. He founded the newspaper La Isla de Puerto Rico.

After returning to the island, Degetau became an active member of the Autonomist Party, under the leadership of Luis Muñoz Rivera. In 1895, he was among the party's four commissioners sent to Spain to petition for political autonomy for Puerto Rico. The petition was denied, but an autonomic charter was granted three years later. As a Resident Commissioner and member of the Committte on Insular Affairs, he submitted a bill to grant U.S. citizenship to Puerto Rico residents, but it was denied. He wrote "El Secreto de la Domadora" (1886), "Que Quijote!," "Cuentos para el Camino", "Juventud" (1895) and "La Injuria" (1893). He died on January 20, 1914 in Santurce, and was burried in San Juan.

(1940--), opera singer, was born on January 29, 1940 in San Juan. He was a soloist for the choir of the University of Puerto Rico and studied singing at the New England Conservatory of Music. He has performed with some of the most prestigious orchestras and has participated in opera movies. He received the Handel Medal, the most important cultural distinction awarded by the City of New York, as well as the National Cultural Medal awarded by the Puerto Rican Cultural Institute.

(1919--1999), writer, was born on July 24, 1919 in Caguas. He obtained a degree in Arts from the Technical Institude of San Germán and continued social work studies in the University of Puerto Rico. In 1947, he publishes his first collection of stories and stamps of the rural zone of the island, "Terrazo." His most notables books include: "Los Perros" (1956), "Mi Isla Soñada" (1967), "The Green Antilles," "Campo Alegra," among others. His books have been translated into numerous languages. He died on July 22, 1999 in Guaynabo.

(1866--1921), jurist, poet, journalist, essayist, orator, politician and advocate for Puerto Rico's independance, was born on April 16, 1866 in Aguadilla. Considered a brilliant orator, de Diego was also a major poet, but his claim to fame today rests on his advocacy of independence for Puerto Rico. He was a founder of the Autonomist Party (1887) and co-founder (with Luis Muñoz Rivera) of the Unionist Party (1904). His dream was to see the establishment of a confederation of Spanish-speaking islands in the Caribbean, including the Dominican Republic. He was president of the House of Delegates (1907-1917) and speaker of the House of Representatives (1917-1918). He was also the founder of the "Colegio de Agricultura y Artes Mecánicas de Mayagüez now known as the University of Puerto Rico in Mayagüez.

History considers him a father to both the modern Puerto Rican poetry movement and the island's modern independence movement. Works such as "A Laura" and "Postuma" won him a lasting reputation as Puerto Rico's finest love poet. His poetry books include "Pomarrosas" (1904), "Jovillos" (1916), "Cantos de Rebeldía" (1916) and "Cantos del Pitirre," published soon after his dead. He died reciting his poem "Último Acto" on July 17, 1921 in New York and burried in San Juan.

(1854--1934), musician and composer, was born on March 26, 1854 in San Juan. Dueño is considered one of Puerto Rico's greatest composers, his most important contribution is perhaps the collections of school songs he wrote specifically for the island's schools, "Canciones Escolares" (1912), which were co-written with Virgilio Dávila and of Manuel Fernández Juncos.

(1945--), singer, was born blind on September 10, 1945 in Lares. José has been acclaimed by critics throughout the world as "the greatest living guitarist." When he was five, his family emigrated to New York City. Jose learned to play a concertina at age six, using a handful of records as his teacher. Later on, he taught himself to play the guitar. Jose has received over forty gold and platinum records, has won 14 Grammy nominations and six Grammy awards, and has earned countless prestigious awards the world over. Jose has also been given a star on the Hollywood Walk of Fame. His most notable songs includes: "Light my Fire," "Que Sera," "Feliz Navidad," "Rain," "Chico and the man," "California Dreamin'," "Destiny," "Affirmation," "Ay cariño," "Ponte a cantar," "Cuando el amor se acaba," and "Porque te tengo que olvidar?," among others.

(1906--), musician and composer, was born on October 31, 1906 in Aguadilla. He collected folk songs and re-orchestrated them for chamber orchestras; his recordings have been sponsored by the Institute of Puerto Rican Culture. In 1959, he published: "Cancionero de Puerto Rico."

(1846--1928), one of Puerto Rico's best known journalists, poet and humanitarian, was born on December 11, 1846 in Oviedo, Spain to Puerto Rican parents. Fernández first wrote for the newspaper "El Progress" (Progress), and later for the "Porvenir" and "El Clamor del Pueblo." In 1876, Juncos launched the newspaper "El Buscapie", campaigning liberal ideas such as free education for children and adults. The weekly newspaper soon became the most read in the island. In 1887, he founded the "Revista Puertorriqueña" (The Puerto Rican Magazine), specializing in the Arts, Sciences and Letters.

Fernandez joined the Autonomist Party and became its secretary. In 1898, when Puerto Rico was granted autonomy from Spain, he was elected Secretary of State. After the end of the Spanish-American War he retires from public life and devotes his time to writing about Puerto Rican traditions and folklore. He published numerous books and essays.

In 1952, "La Borinqueña", written by Fernández, became the offical anthem of the Commonwealth of Puerto Rico. 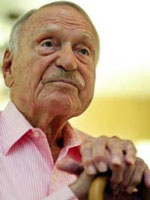 (1904--2003), engineer, industrialist, politician and philanthropist, was born on February 17, 1904 in Ponce. He was the third democratically elected Governor of Puerto Rico (1968-1972). He ran a family cement company and was elected to the House of Representatives in 1952. In 1967, he founded the New Progressive Party; as its candidate he won the governorship in 1968, breaking the Popular Democratic Party's 28-year domination. His re-election campaign in 1972 became a virtual referendum on statehood, which Ferré advocated. Ferré was defeated by Rafael Hernández Colén, who pledge for the continuation of the commonwealth status. He died on October 21, 2003.

(1938), writer, poet and essayist, was born in 1938 in Ponce. On 1960, she completed her studies in English Literature from the Manhattanville College, and earned a master in Spanish and Latin-American Literature from the University of Puerto Rico. From the 1970's she began to write, first as an editor for the Zona de Carga y Descarga Magazine, later on she became a continuous collaborator for newspapers, El Nuevo Día and the San Juan Star. Her first work was the novel "Maldito Amor," which won the Libertur Award in 1992. Her works include: "Papeles de Pandora," "La Casa de la Laguna" (1996), and "Vecindarios Excentricos" (1998).

Ferrer made his film debut with Ingrid Bergman in Joan of Arc in 1948, for which he received his first Academy Award nomination for "Best Supporting Actor". Active both in the theater and films, Ferrer portrayed Iago in a stage production of Othello (1943) and Toulouse-Lautrec in the film Moulin Rouge (1952). He directed the plays Stalag 17 (1951) and The Shrike (1952). Later films include Dune (1984). Died on January 26, 1992 in Miami, Florida.

(ca. early 1700s--1800s), Spanish naval captain, pirate, was born in Puerto Rico. This hero, a mulatto who was one a shoemaker, eventually became a corsair and then experienced many adventures as captain of a Spanish warship. He may have participated in conquering the offshore island of Vieques.

(1892--1965), composer, was born on October 24, 1892 in Aguadilla. He was one of the most important figures in 20th-century popular Puerto Rican music, dividing his career between Puerto Rico, the U.S. Works such as the "Lamento Borincano", "Capullito de Alelí", and his masterpiece "Preciosa" were thought to express the soul of Puerto Rico. He died on December 11, 1965 in San Juan. 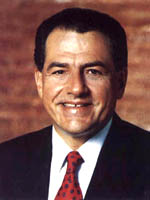 (1936--), former governor of Puerto Rico (1973-1977, 1985-1993), was born on October 24, 1936 in Ponce. An honors graduate of Johns Hopkins Univ. (1956) and the Univ. of Puerto Rico law school (1959), he practiced law in Ponce, and was elected to the senate in 1968. He was a protégé of Luis Muñoz Marín. He served as president of the senate and as president of the Popular Democratic party. In 1972 he decisively defeated Gov. Luis Ferré to become, at 36, the island's youngest governor. He sponsored ambitious programs of economic development and housing construction, and he strongly opposed U.S. President Ford's wish to make Puerto Rico the 51st state. He wanted to make Puerto Rico less dependent economically on the United States. He was reelected in 1984 and 1988. 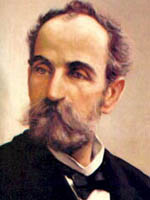 (1839--1903), educator and politician, was born on January 11, 1839 in Rio Cañas, Mayagüez. Hostos received his elementary schooling in San Juan and then went to Spain for both secondary studies and law school. Hostos was educated in Spain and became active in republican politics as a university student there. He left Spain when that country's new constitution (1869) refused to grant independence to Puerto Rico. He went to the United States, where he became editor of the Cuban independence journal La Revolucién in 1870. In Santo Domingo (1879-88) he founded the first normal school and introduced advanced teaching methods, but nine years later he had to leave the country because of his liberal views. He subsequently traveled widely throughout South America and taught in Chile. As professor in the Univ. of Chile, he was instrumental in having women admitted. He returned to the United States in 1898 and participated actively in the Cuban independence movement, but his hopes for Puerto Rican independence after the Spanish-American War (1898) were disappointed when the U.S. government rejected his proposal for autonomy and instead established its rule over the island as a territory. Hostos returned to the Dominican Republic. Hostos played a major role in reorganizing the educational system of the Dominican Republic. He is widely known throughout Latin America as a publicist of civic reforms, as a rationalist in ethics who believed that to be civilized and to be moral is the same thing, and as a writer of sober, graceful, and didactic prose. He wrote many essays and treatises on social-science topics and was one of the first systematic sociologists in Latin America. His most important was "La Peregrinacién de Bayoán" (1863), a seminal work promoting Cuban independence and revealing on a fiction tone restrictions of the Spanish Colonial regime. The book was suppressed by the Spanish Government. He was also known as a supporter of women's rights. He even wrote his own epitaph: "I wish that they will say: In that island [Puerto Rico] a man was born who loved truth, desired justice, and worked for the good of men." Other works: Moral social (1888); Lecciones de Derecho Constitucional (1887); and a superb essay, Hamlet (1873). He died on August 11, 1903 in Santo Domingo.

Puerto Rico is the 30th most populated state in the United States.