One of Puerto Rico's notable exports is its music, which is probably the predominant Caribbean music heard in the United States. 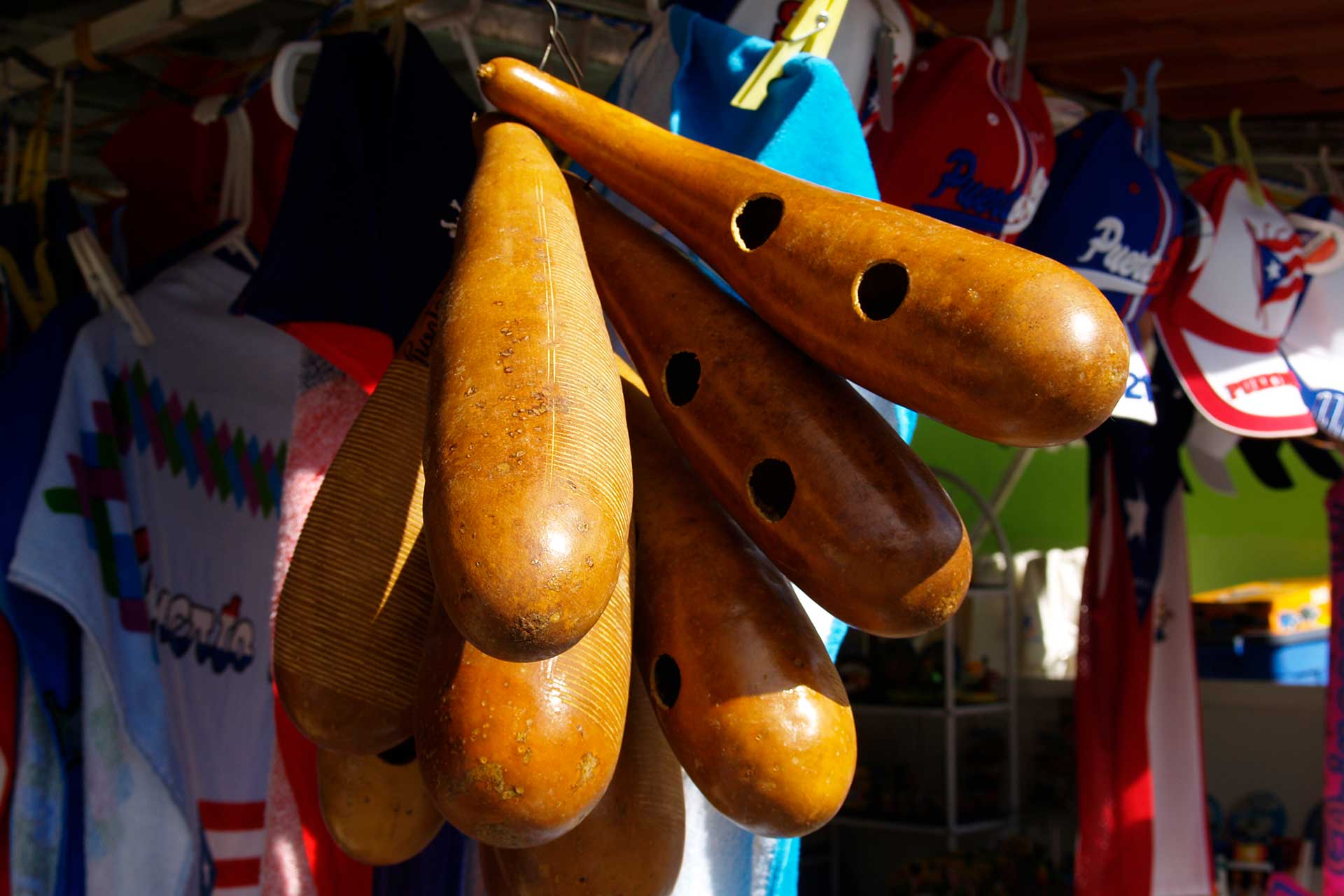 Some of the instruments used in traditional Puerto Rican music originated with the Taíno people. Most noteworthy is the güicharo, or güiro

, a notched hollowed-out gourd, which was adapted from pre-Columbian days. The musical traditions of the Spanish and Africans can also be heard in Puerto Rico's music. At least four different instruments were adapted from the six-string Spanish classical guitar: the requinto, the bordonua, the cuatro

, and the triple, each of which produces a unique tone and pitch. The most popular of these, and one for which greatest number of adaptions and compositions have been written, is the cuatro, a guitar-like instrument with 10 strings (arranged in five different pairs). The name (translated as "the fourth") is derived from the earlier instrument having four (or four pairs of) strings, but for aims of century 19, around year 1875, already it was custom to make it with five pairs of cords as we know it today. Usually carved from solid blocks of laurel wood and known for resonances and pitches different from those produced by its Spanish counterpart, this instruments graceful baroque body has been revered for decades as the national instrument of Puerto Rico.

Also prevalent on the island are such percussion instruments as tambours (hollowed tree trunks covered with stretched-out animal skin), maracas (gourds filled with pebbles or dried beans and mounted on handles), and a variety of drums whose original designs were brought from Africa by the island's slaves. All these instruments contribute to the rich variety of folk music with roots in the cultural melting pot of the island's Spanish, African, and Taíno traditions.

During the conversion of Puerto Rico's Amerindians and slaves to Christianity after its colonization by the early Spanish, the only formal music imported from Spain was chants and religious music. Later, however, as the fortunes of a handful of Puerto Rican planters increased during the 19th century, their social aspirations grew as well. those whose children showed musical promise were after sent abroad -usually to Spain- for the further development of their talents.

One of these was Puerto Ricanw-born Manuel Tavares, a composer whose orchestral techniques matured within the musical traditions of 19th-century Spain and whose success encouraged other generations of Puerto Rican classicist to follow in his footsteps.

By 1850, another group of island composers, many only informally trained, had adapted a Puerto Rican interpretation of the most popular dance of that era -the minuet- into a musical form known as the danza. Based on a refined, somewhat rigid classical score, with and underlying lilt that is unmistakably Caribbean, its most popular early advocate was composer Juan Morel Campos. Later, this dance style evolved into the dance rhythms still popular today. Also popular during the early and mid-1800s was a narrative tale set to music, sometimes embellished on the spot by a skilled storyteller known as a decime; the tales originated as rigidly metered 10-line stanzas of eight-syllable lines with a rhyme structure that could vary according to the inspiration on the composer. Their musical form -which might have been the closest thing to a troubador tradition ever development in Puerto Rico- was after used to convey moral lessons, love tragedies, and stories of other kinds.

One world-class operatic tenor was Antonio Paoli (1872-46). Also noteworthy was Jesús María Sanroma (1902-84), a pianist who performed both Puerto Rican danzas and works from the classical European repertoire.

Puerto Rico's classical and orchestral tradition reached its height with cellist Pablo Casals, who was of partial Puerto Rican descent. At 81, he chose to spend the last years of his life on the island. He brought musical fame to San Juan by establishing the internationally acclaimed Casals Music Festival. This event brings many musicians from around the world to take part in an orchestra and chamber music program.

During Puerto Rico's colonial years, a series of musical traditions evolved based on the folk songs and romantic ballads of 18th- and 19th-century Spain. Eventually these became fused with music either imported or native to the Hispanic New World. Dealing with life, death, and everyday events of an agrarian society far removed from the royal courts of Europe, this music has been studiously collected and re-orchestrated for modern audiences.

One collector of this music was Don Felo, whose 19-century compositions are based on the melodic traditions of both Spain and the Spanish-speaking Caribbean. In the 20th century, Narciso Figueroa continuated the tradition of collecting folk songs and re-orchestrating them for chamber orchestras; his recordings have been sponsored by the Institute of Puerto Rican Culture.

Today, the most widely applauded -and, to many, most enjoyable- of the island's folk music are the hillbilly pieces created by the mountain-dwelling jíbaros. Using the full array of stringed and percussion instruments described above they give lyrical performances whose live or recorded version are popular at everything from island weddings to commencement exercises. Despite the appeal other island musical forms, such as salsa, it could be argued that the jíbaro tradition of cuatro with drums is the island's most notable -and the one most likely to evoke homesickness in the hearts of any expatriate Puerto Rican.

Although usually grouped together, bomba y plena are actually two entirely different types of music that are coupled with dance. Bomba pure African, was brought over by black slaves who worked on the island's sugar plantations in the 17th century. It's a rhythmic music using barrel-shapped drums covered with tightly stretched animal skins and played by hand. This form of music is produced by one large drum plus a smaller drum called a subidor. The drums are accompanied by the rhythmical beating of sticks and maracas to create a swelling tide of drumbeats, in which "aficionados" can hear drummers bang out a series of responses one to another.

Bomba is described as a dialogue between dancer and drummer. It's as if the drummer were challenging the dancer to a rhythmic duel. The dance can go on just a long as the dancer can continue. Although critics are uncertain about the exact origin of bomba, it is divided into different rhythmic backgrounds and variations, such as the Euba, Cocobale, and Sica. As the dance and the most purely African version of this music and dance, may come from the northeastern coast town of Loíza Aldea. 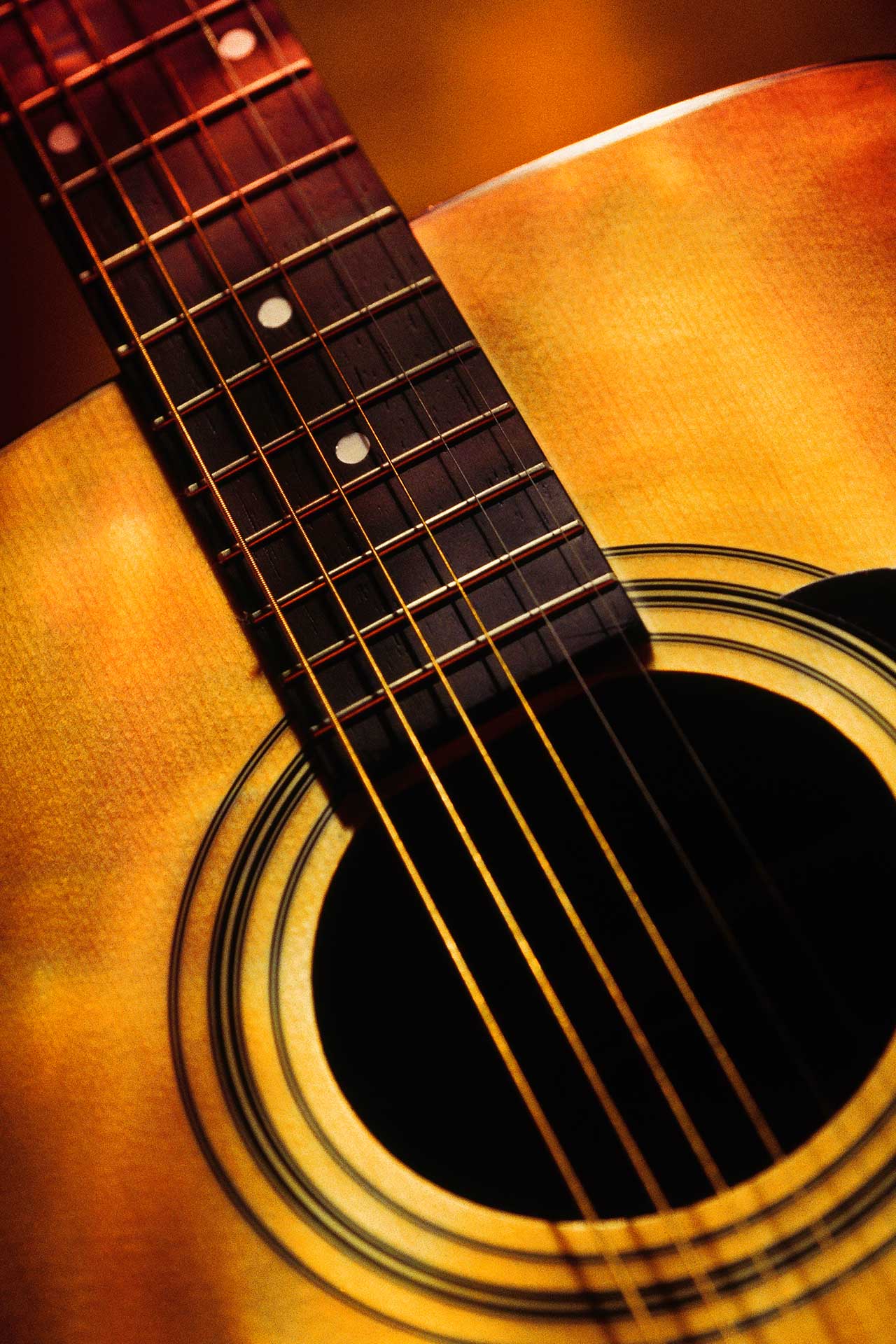 Whereas bomba is purely African origin, plena blends elements from Puerto Ricans' wide cultural backgrounds, including music that the Taíno tribes may have used during their ceremonies. This type of music first appeared in Ponce about 100 years ago, when performing the plena became a hallmark of Spanish tradition and coquetry.

Instruments used in plena include the güiro, a dried-out gourd whose surface is cuts with parallel grooves and, when rubbed with a stick, produces a raspy and rhythmical percussive noise. The Taínos may have invented this instrument. From the guitars brought to the New World by the Spanish "conquistadores" emerged the 10-stringed cuatro. To the güiro and cuatro added the tambourine, known as panderos, originally derived from Africa. Dancing plena became a kind of living newspaper. Singers recited the events of the day and often satirized local politicians or scandals. Sometimes plenas were filled with biting satire; at other times, they commented on major news events of the day, such as a devastating hurricane.

Bomba y plena remain the most popular forms of folk music on the island, and many cultural events highlight this music for entertainment.

The major type of music coming out of Puerto Rico is salsa, the rhythm of the islands. Its name literally translated as the "sauce" that makes parties happen. Originally developed within the Puerto Rican community of New York, it draws heavily from the musical roots of the Cuban and the African-Caribbean experience. Highly danceable, its rhythms are hot, urba, rhythmically sophisticated, and compelling. Today, the center of salsa has probable shifted from New York back to Puerto Rico.

Salsa is not an old form of music at all. Music critics claim that it originated in New York City night clubs in the years following World War II, an evolution of the era's Big Band tradition. The first great salsa musician was Tito Puente, who, after a stint with the U.S. Navy, studied percussion at New York's Juilliard School of Music. He went on to organize his own band, Puente's Latin Jazz Ensemble, which has been heard by audiences around the world. One critic said that the music is what results when the sounds of Big Band jazz meet African-Caribbean rhythms. Others critics say that salsa is a combination of fast Latin music that embraces the rumba, mambo, cha-cha, guanguanco, and merengue.

Salsa has definitely made Puerto Rico famous in the world of international music. Salsa bands require access to a huge array of percussion instruments, including güiros, the gourds on which the Taíno people may have played music. Other instruments include maracas, bongos, timbales, conga drums

, and claves-and, to add the jíbaro (hillbilly) touch, a clanging cow bell. Of course, it also takes a bass, a horn section, a chorus and, a lead vocalist to get the combination right.

No one quite agrees about who is the king of salsa today, but Willie Colón, El Gran Combo de Puerto Rico, and Hector Lavoe are on everyone's list as the "Grand Masters of today's salsa beat." Hundreds of young salseros are waiting to take their trown as the popularity (and income levels) of the emerging salsa stars continues to climb.

Puerto Rican Ricky Martin has the world singing Living La Vida Loca, winner of the 1999 Grammy Award for "Best Latin Pop Performance" and named by the Los Angeles Times as "The Latin Artist to Watch for 1999." Ricky Martin is now -without a doubt- one of the most famous Latin artist in the world.

Because Puerto Rico is not a state, it has no senators or representatives in Congress.