The Taíno tribe-people, the Spaniards, and the black slaves imported from Africa all contributed to the folklore heritage of Puerto Rico. The Taíno passed their legends down orally; they were first recorded by the Spanish colonialists. Some of the Taíno language was preserved by writers who used Taíno words to describe the alien aspects of their new surroundings, including casabe (a kind of bread) and bohío (a native thatched hut). 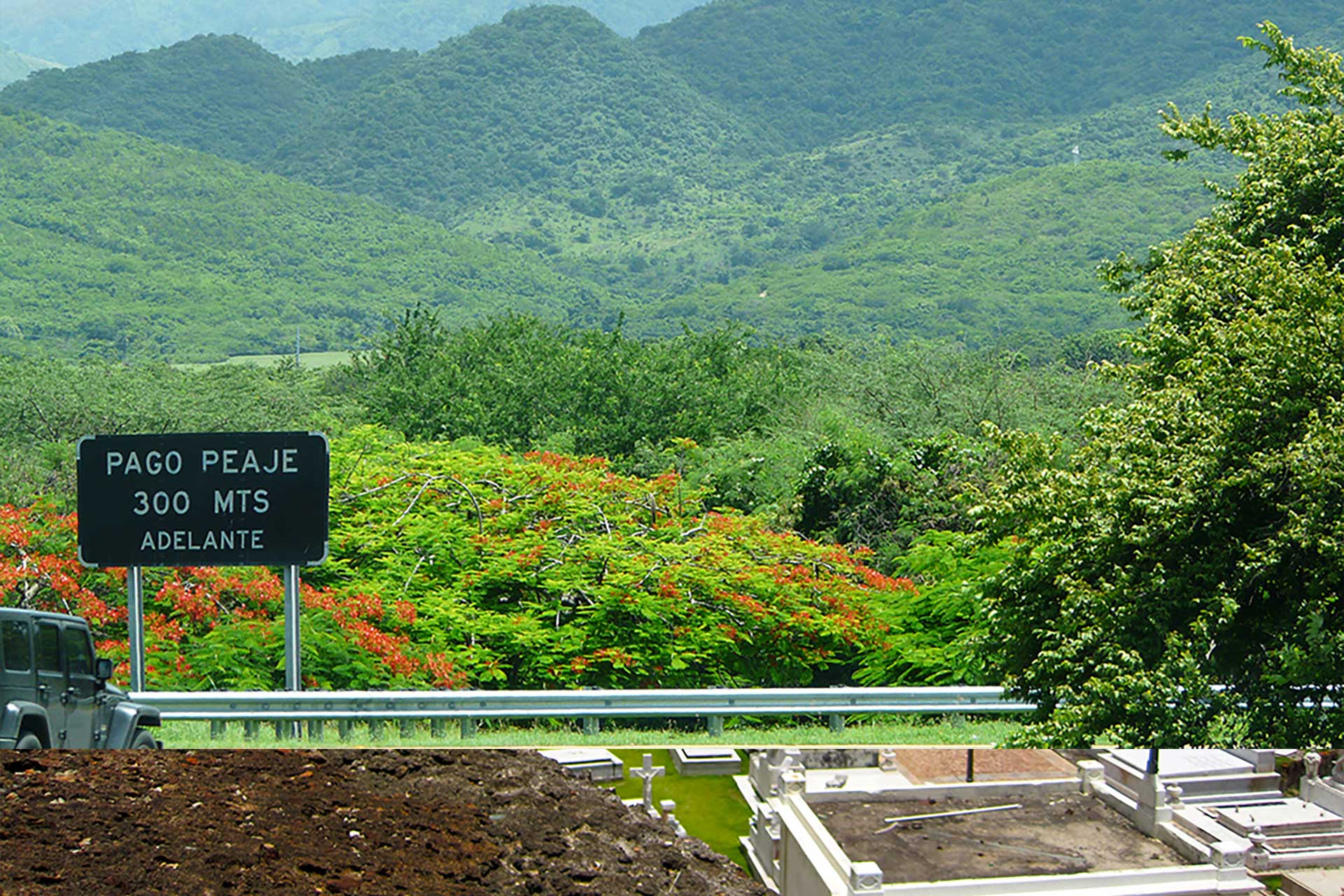 Many of these legends are ghost tales about demons who roam the island after dark, pursuing food or people or else protecting gold and loot that pirates long ago stashed away for safekeeping. Much of the island's folklore also dealt with the forces of nature that would descend in the form of a "big blow" (hurricane), decimating local crops and settlements. Recently some Puerto Rican writers have made serious attempts to collect this body of written folk tales. Cayetano Coll y Toste (1850-1930), for example, published his literary classic Leyendas y tradiciones puertorriqueñas between 1924 and 1925.

Among many of the African customs and beliefs Santería played and still play an important role in Puerto Rican Folklore. The practice of Santería dates to the fifteenth century when its earliest practitioners - members of the Yoruba people of West Africa - were brought to Puerto Rico as slaves. Not allowed to practice their traditional religion, the Santería priests, called Santeros, hid their rituals under the guise of Roman Catholic figures. To find more about Santería and its rituals you should visit a Botánica, a specialized shops that retail a variety of articles such as figurines of plastic, wood, wax and porcelain, pictures of saints, rosary beads, candles, dried herbs, amulets, prayer books, and other religious pieces, mixing Christian, African and Caribbean motifs.

One of the most prominent Puerto Rican figures is "el jíbaro" (hillbilly), a country person from the mountainous interior, is an idealized folk hero, common in island literature and the arts. The jíbaro continues to fascinate artists of various disciplines, and the term is used on a daily basis as a sign of affection, but occasionally as an insult.

In Puerto Rico, as in most of Latin American countries, Christmas traditions have their roots in Catholicism. Due to the influence of other cultures (such as U.S.), some traditions have evolved and changed through time.

Puerto Rico's Christmas season is long, starting right after Thanksgiving day and officially lasting until Three Kings Day on January 6. Yet, this can extend until "Las Octavitas", eight days after Epiphany. Homes are decorated with lights and poinsettias, Christmas trees and scenes of the Nativity, also known as "nacimientos" or "pesebres" are very popular. The season combines delicious food, great music and festive merry-making. Typical dishes are roast pork, seasoned rice with pigeon peas, fried plantains, cooked green bananas, cooked yam and "pasteles", made of mashed plantains or yucca, filled with meat and other vegetables, wrapped in the leaves of the banana tree. The favorite desserts are "arroz con dulce" (rice cooked with spices, raisins, sugar, milk, and coconut milk) and "tembleque" (a custard made with cornstarch, sugar, and coconut milk). The most famous drinks are rum and "coquito" prepared with coconut milk and rum (Puerto Rico's counterpart to the American eggnog). Other Christmas foods include Spanish "turrón" (a hard white nougat with almonds), Spanish apple cider, nuts, and assorted candies.

Friends often form "parrandas", "asaltos" or "trullas", a more joyful group than typical North American Christmas carolers. Lively music is sung usually to bongo, guitar, guiro and other musical instruments accompaniment as the group goes to visit homes of unsuspecting friend's, eats and drinks, and then moves on to the home of another friend. The cycle repeats itself, usually until next day. Christmas Eve is a more solemn occasion spent at home with family.

On December 24th, a Catholic mass is celebrated at midnight, called "Misa de Gallo", celebrates the birth of Jesus. On this day, commonly known as "Nochebuena", many families organize a special dinner or party to celebrate.

On December 25th, Puerto Ricans celebrates Jesus' birthday. Santa Claus brings gifts to the children who had been good during the year. This tradition originated in the U.S., but since the 1940's has become part of Puerto Rico's Holiday traditions.

On December 28th, marks the day of the Holy Innocents. Catholics commemorate the mass slaying of male children by Herod in Bethlehem following the birth of Christ, as it is told in the Gospel.

On December 31, people celebrate the end of the year with relatives and friends. The major event occurs at midnight, when everybody greets and hug each other and wishes good luck and happiness to everyone. Some traditions includes: a) eating 12 grapes, one for every time the clock rings its bells to tell time. It is believed to bring good luck to those who can eat all 12 grapes before the clock stops ringing the bells b) throw out a bucket of water by the balcony or window, it is believed to scare away bad luck.

On January 5th, the feast of Epiphany's Eve, children place water and grass under their beds for the three wise men's (or the Three Kings, as they are better known locally) camels, and in return, the Three King's brings presents, which they leave under the bed, after the camels eat the grass. Children wake up early on January 6 ("Dia de Reyes") to check out what Baltazar, Melchor, and Gaspar left them. Epiphany commemorates the day in which the three wise men arrived bearing gifts for the Christ child. On this day, the Governor's Mansion in the capital of San Juan is opened to large crowds of wellwishers who are treated to toys, refreshments, and musical entertainment.

During this season the San Jose Church in San Juan, features an animated Nativity scene - birth of Christ. In addition, on January 6, the Governor's Mansion in San Juan opens its facilities to large crowds to well wishers who are treated to toys, refreshments, and musical entertainment.

Each town celebrates an annual festival to honor its patron saint. The festivities usually last as week and features dances, food, parades and religious processions. There are also other holidays, sometimes called carnivals, that have been adopted from Catholic or pagan traditions. Special folk festivals, usually featuring an important product to the region, also take place, such as Yauco's "Festival Nacional del Café".

Throughout history there have been interesting similarities in the wedding traditions all around the world, but there are also some differences in the way they get married and celebrate such event. One unique characteristic of a Puerto Rican wedding is the bridal doll. A bridal doll, in a dress identical to the brides' gown, is usually placed on the head or center table with souvenirs attached to its dress. During the reception, the bride and groom will walk to each person and thank him or her for their presence at the nuptials. Each person is then pinned with a souvenir, some people in return pins dollars into the doll's dress.

The quinceañera tradition started centuries ago with the indigenous people as an important social ritual to commemorate the transition from adolescence to womanhood. At that time, fifteen year old girls were taken from their families to prepare for womanhood by learning about the history and traditions of her people. The return of the girl to the community was cause for a great celebration because of her new found knowledge and understanding of what womanhood entailed. Today, this celebration often includes a religious ceremony at church, more often practiced in the Catholic Church, although other religions have similar services to celebrate the young woman's coming of age, followed by a party.

The girl on her special day wears an extravagant white or pastel ball gown, similar in style to a modern day wedding gown. During the festivities, males take turns dancing with the girl and as customary, the first dance is a waltz danced with her father. Dinner is often included as part of the night's festivities and the cutting of the multi-tiered cake.

The Guayabera - Traditional dress for men on the island. Shaped rather like a jacket or an extended shirt, this is worn as the outer garment over an undershirt or T-shirt. Most are made of cotton and are worn during the day, but there is a more formal version for evening wear, made with pineapple fiber. The guayabera is usually embellished with patterned embroidery, running in stripes down the chest.

Dominoes - Played in just about every bar throughout the Caribbean. The pieces are usually laid on the playing board with a grand flourish and loud slap.

Azabache Bracelets - Mal de ojo, or evil eye, is believed to result of excessive admiration or envious looks by others. Having newborn babies wear an azabache (a gold bracelet or necklace with a black or red coral charm in the form of a fist), is believed to protect them from the evil eye.